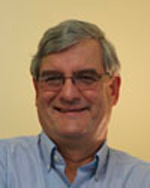 Studies are currently examining the effects of endocrine disrupting compounds on finish and bivalve mollusks. The compounds of current interest include dioxin-like compounds and phthalates. The model systems used for these studies include the Japanese Medaka, winter flounder and the American oyster. The research on the finish involves the development of multigenerational studies examining the effects at multiple levels of organization from biochemical to population endpoints. The studies on the American oyster are examining the effects on gonadal development and larval development. Both food web and physiological based pharmacokinetic models are also being developed to better predict chemical movement both in the environment as well as within the organism of concern. The overall research in the laboratory is centered around comparative toxicology.